Issue number 77 of Tallis's 'London street views' showing nos. 1-4 and 22-34 Cockspur Street and nos. 1-21 and 117-124 Pall Mall. Pall Mall was originally named Catherine Street and was laid out in its present position in 1661. A fashionable place to live, it inhabitants have included Nell Gwynne as well as numerous politicians, admirals and physicians. Various gentlemen's clubs made their home in Pall Mall, including the Reform Club, Travellers' Club, United Service Club, Guards Club and Carlton Club. Frederick Albert Winsor, a pioneer of gas lighting, set up his demonstration equipment in two houses further down the south side of Pall Mall in 1807 and staged various demonstrations of gas street lighting over the next three years. Gas lighting, provided by the Gas Light and Coke Company, was introduced in Pall Mall in 1820. 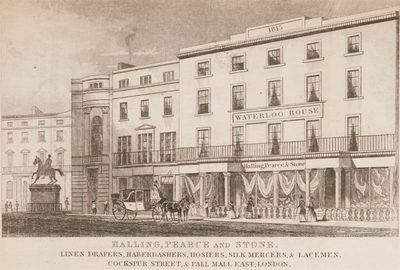 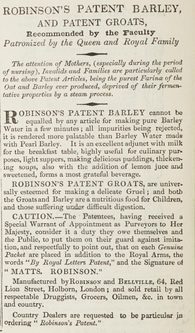