Issue number 76 of Tallis's 'London street views', showing nos. 1-12 and 52-67 Trafalgar Square. The open space that is Trafalgar Square, so named in 1830, was part of John Nash's plans for the development of the Charing Cross area. Tallis's street view shows Nelson's Column which was designed by William Railton and erected in between 1840-1843. As the street views are generally dated to 1838-40 it is thought that the monument was drawn from plan. The featured shop in this view is that of C. Macintosh & Co. Charles Macintosh held a patent for waterproof cloth and began making raincoats in Glasgow. The company supplied coats to the army and police force, and 'mackintosh' or 'mac' is still used as a generic name for a raincoat.

West side of the street

East side of the street 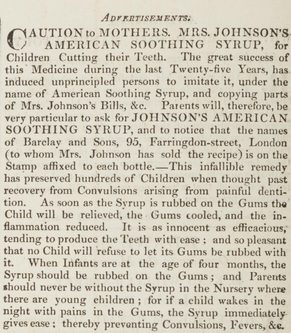 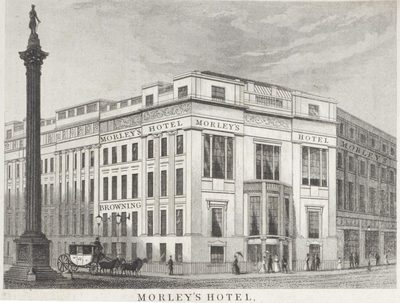